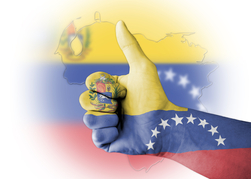 
Background
Oscar Garcia Mendoza is a senior banking executive with an extensive background the fields of economic affairs. He is the former president and CEO of Venezolano de Crédito, Banco Universal (founded in 1925) a position he held from 1983 to 2014, and currently serves on its board of directors.

Drawing upon his expertise in the banking industry, Mr. Garcia Mendoza has served on the board of directors of several successful companies throughout his career, both in Venezuela and abroad. These include several joint ventures with global financial firms such as Societe Generale and Swiss Bank Corporation. He previously served as a member of the International Finance Corporation (IFC), a division of the World Bank Group and is a co-founder of Suiche 7B, the first system to interconnect ATMs throughout Venezuela.

As a forward-thinking entrepreneur, Mr. Garcia Mendoza participates in a broad range of activities relating to financial services.  Currently, he is chairman of the board at NovoPayment Group, an award-winning payments technology and services company serving the Latin America and Caribbean (LAC) region.
A former contributor with El Universal, one of the leading Venezuelan newspapers and publishers, and for Veneconomia, a respected weekly business periodical covering national news and providing analysis, he holds a law degree from Universidad Católica Andrés Bello’s Law School and has authored several books devoted to economic and banking affairs including “Cronica Involuntaria de una Crisis Inconclusa” (Involuntary Chronicle of an Unfinished Crisis), Comentarios al Borde del Caos (Comments on the Edge of Chaos), “El Libro en Rojo del Banco Central de Venezuela” (The Central Bank of Venezuela’s Books in Red).

A thought-leader with a strong sense of social responsibility, Mr. Garcia Mendoza has collaborated on projects that champion individual rights and private enterprise. Examples of these projects include Un Sueño para Venezuela, a citizenship educational program, Por un Pais de Propietarios (a property rights defense program) and Observatorio Venezolano de Prisiones (a watch group focused on protecting the human rights of Venezuelan prisoners).  In 2013, he was honored by with the  “Excellence in the Defense of Liberty” award, presented by the Atlas Network Foundation.

Experience
Over the years, Mr. Garcia Mendoza has served as a member of the board of directors for some of the most outstanding companies in Venezuela.  These include Sivensa, formerly the nation’s largest private-sector steel corporation, La Electricidad de Caracas C.A. and other companies focused on the energy, iron and steel sectors.

His experience also includes serving as a board member for several educational institutions, including Universidad Católica Andrés Bello (UCAB) and IESA Business School, where he served as a Trustee.  He is the former Chairman of the Board for Conapri, the Venezuelan Investment Promotion Council and a former member of the Business Advisory Council.